A street preacher said on social media that we shouldn’t give our testimonies, “because nobody cares!” So I decided to give my testimony. I used that bloody crime scene, to point them to the bloody cross. One man’s attitude did a 180, after speaking with me later (perhaps repentance). And as I was leaving, many
Read More

A large portion of my born-again Christian social media friends are in need of a Biblical healthy local church (they’re scattered sheep). If you’re one of them, perhaps this testimony will encourage you. Once Justin Trevino realized that his church (former) was unbiblical, he was at a crossroads. There were no healthy churches near him.
Read More 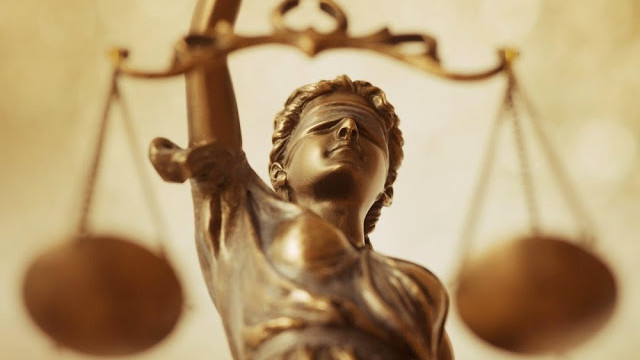 On Wednesday, January 24th, 2018, victim Rachael Denhollander gave this articulate ‘victim impact statement’ at the sentence hearing of defendant Larry Nassar. During this phase of the trial, over 100 victims gave impact statements, but Denhollander’s stands out. Why? Because she shared the Gospel with her perpetrator. She warned him of God’s judgement and wrath,
Read More

This is a beautiful story where Deputy Matt Holman of the Greenville County Sheriff’s Department ‘stopped and searched’ homeless man Robert Morris. Deputy Holman not only fed Morris, he gives him his own ‘personal Bible.’ Six months later Morris dials 911 to report the Deputy, where he tells the dispatcher that he is no longer
Read More

As I’m studying through the Psalms, it is not by coincidence that today I landed on Chapter 3:4 (on the date of my new birth). The following is a ‘preview of my sermon notes.’ Next in verse 4 we see David’s ‘appeal to God.’ As I study this verse today (on November 14th), today is
Read More

This same message was preached at two different locations this morning. I spoke about the ‘hope of heaven’ for their parishioners that were saved. While warning that some of their parishioners might not of been saved, that not everyone whom goes to church, or ‘believes’ in Jesus is saved. I preached on what Jesus said
Read More
Pray that Larry contacts me. I would love to disciple him (if he would comply), and be able to examine his fruit (if any) through a test of time.
Read More

Though this video is a secular video, it has an important message. My Christian-Biblical worldview has helped me in my Law Enforcement career, but my career has also helped me in the ministry. One of those attributes (through the school of hard knocks), was to “never quit” or demonstrate ‘perseverance’ through trials and temptations. One
Read More

While waiting for my next heart procedure, I frequently distribute lots of Gospel tracts, and engage in ‘one on ones.’ But this morning while tracking, I learned that the two preachers whom minister at this location (my former fishing hole), would not be there today. Since my heart is currently more predictable (Lord willing due
Read More

I am no longer part of a 501c3 non-profit ministry. And so what about donations? I’m seeing an increase of YouTube channels that are known for decent Doctrine, but consistently sound like channel 40 Televangelists, as they unfaithfully beg for money; so here’s my new disclaimer. I am neither your Shepard nor your Hireling. Therefore this YouTuber accepts NO donations.

This former friend attends The Packing House (a Calvary Chapel) here in Redlands. The following is my comment to his latest LinkedIn post. Needless to say I clicked “remove connection.” (Eph 5:1-21, 1st Cor. 5).

Redeeming our time wisely is not bouncing a ball, nor trying to hit a little white ball into a hole in the dirt; nor worshiping those that do. It’s all vanity. The only ones that will “RIP,” are blood-bought repented born-again followers of Christ. https://www.theexpositor.tv/the-glorious-gospel/

I'm seeing many professing Christians post unwise or untruthful things that unnecessarily cause confusion, or division. But they justify it by calling it "parody" or "sarcasm." But the Bible calls much of it the sinful "Coarse jesting" warned of in Ephesians 5:4.

Do not be deceived. True converts will go and preach (or share) His glorious Gospel, not merely participate in an ecunemical man-centered "walk for life" social justice gospel. Repent and obey the Gospel.